Ben Aronson: Views From Above Ben Aronson is a contemporary American landscape artist well-regarded for his visual descriptions of metropolitan spaces with particular gestural attention to the effects of light on cities at rest and in motion. Aronson’s expressionist application of paint is underpinned by a precision that demonstrates a practical eye for realism, but conveys streets, buildings and faceless figures as but suggestions of movement and space.  “Perfect spelling alone does not make great poetry,” Aronson says, “just as…visual facts [do not] alone amount to high art.”

John O’Hern, art critic, writes that Aronson “paints the extraordinary effects of light in metropolitan areas where the inhabitants are too busy to look.”  Aronson will often rough out value and color studies of spaces en plein air and then work on his large-scale canvases back at his studio.  Consequently, his paintings contain an ebullient sense of the being-in-the-moment at a certain time of day, while also exploring a further tension between realism and abstraction.  Aiming for, according to Aronson, “the most concentrated form of a powerful visual experience,” his painterly style, metropolitan subjects, and sense of irony lend him a unique and highly regarded voice in contemporary American art.

Born in Boston to parents who are both painters in their own right, his mother Georgianna Nyman Aronson a respected portrait painter and father David Aronson a member of the Boston Figurative Expressionist Movement along with Hyman Bloom and Jack Levine. Ben Aronson was surrounded by artists, art dealers, musicians, and actors from an early age and enrolled at the School of Fine Arts at Boston University, studying under James Weeks, Philip Guston, Reed Kay, and John Wilson.

Press Release: Views From Above, July 2019

Exhibition Review for Perspective and Ephemeral in American Art Collector 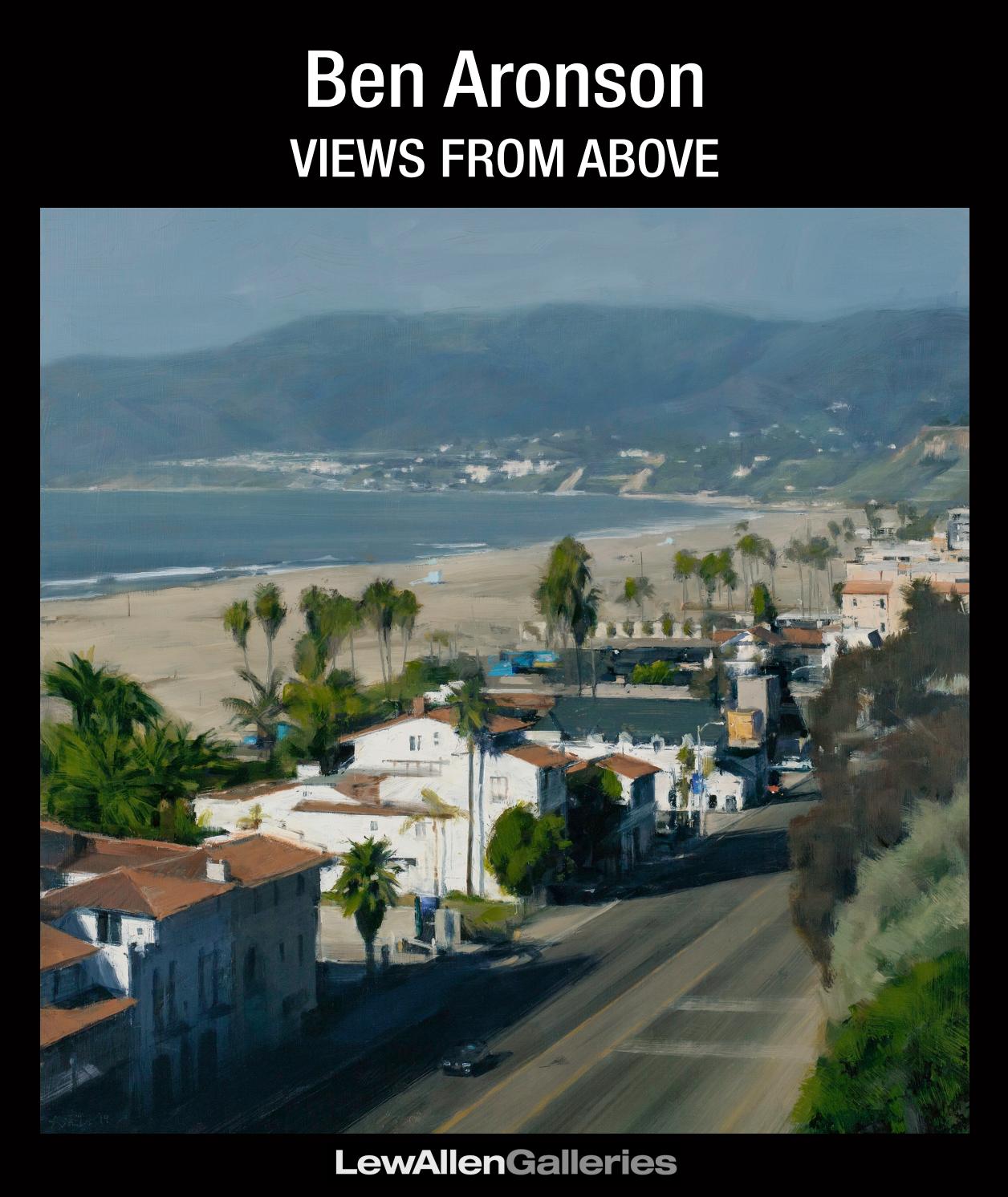 Catalog: Perspective and the Ephemeral, September 2017